Digital signage can give teachers the tools they need to reach out to students and engage them during lessons. It gives students a better chance of understanding, recalling and using what they’ve seen, and opens up unprecedented avenues for learning too.

In this post, we’ll talk about how digital signage can be used as a teaching and learning tool, and look at some ways schools can take advantage of the learning opportunities of creating content as well as displaying it.

First, though, how does digital signage differ from the whiteboard?

Digital Signage and the Whiteboard

It also generates more actual interest. People don’t just look at digital signs more. They remember them more, react to them more, and talk about them more. Digital signs are even significantly more effective at modulating behavior than static signage.

If we read the traditional whiteboard as a form of static signage, this gives a clear picture of how digital signage can be used to increase classroom engagement and recall, driving student success. Digital signage even has a chance at drawing the 20% of students who quietly disengage from class back into the lesson.

Crucially, digital signs differ from static signs in another way: they can be changed in real-time, or according to a schedule. If you have a digital signage system that allows centralized control and scheduling (especially one that allows you to control an unlimited number of displays), you don’t need to physically store, alter and replace signs. You press a button or schedule the changes weeks or months in advance.

Learning style refers to the way someone learns best. Some people forget everything they see but only need to hear something once. Others can make sophisticated, intelligent contributions, but only after they visually map the information they’re studying. There’s evidence that digital signage is better at supporting diverse learning styles than traditional whiteboard teaching.

In the general population, about 65% are visual learners, 30% auditory, and around 5% are kinesthetic learners who learn best by active participation, preferably with an element of physical movement. If that sounds familiar, it’s perhaps because it echoes the famous (though probably misattributed) quotation from Confucius: ‘I hear and I forget; I see and I remember; I do and I understand.’

All these factors make digital signage a far better choice for schools in general. But how can they be used to support student learning?

Digital signage can be used in classroom locations to encourage and support learning passively. Rather than being an integral part of a specific lesson, a digital sign can be used to display information that supports students to understand, engage with and learn from the lesson.

For example, digital signs can be used to remind students of key concepts, encourage them, and suggest techniques for study.

Get started with this library digital signage template here.

Suppose we’re studying To Kill a Mockingbird in English class. Digital signs can display information that’s useful to this class because it's useful for studying any text. It can ask students why the author has chosen certain words, and what those choices are intended to convey about the characters and society portrayed in the text.

This is a key skill that remains useful in the study of literature right through university, so helping students acquire it will help them study whatever they’re reading now. But scheduling it can be a simple business; in-class signs can be set to display textual analysis skills reminders whenever the timetable shows there’s an English class in that classroom.

Digital Signage as an SEL Tool

SEL is involved in everything a school does. Targeted, strategic SEL interventions are more effective at improving academic performance than most interventions specifically designed to do so. And many of the factors that hold students back from academic success are social or emotional in origin.

This can be done ‘passively,’ through the promotion of positive behaviors on otherwise unused signage.

Get started with this kindness digital signage template here.

Or it can be done more specifically: it’s more effective to target signs aimed at altering behavior near where they’re most likely to be relevant.

Rise Vision has SEL templates which you can download and try for free here.

Digital signage can be used to nudge and prime students to seek or employ more positive responses and improve everyone’s learning environment. Priming is more effective when interactions aren’t clearly positive or negative. When individuals are primed to regard ambivalent interactions positively, they’re more likely to react well to them. Problems fizzle out before they start, negative interactions are less likely to snowball, and the atmosphere becomes calmer, safer, and happier, letting everyone focus on learning.

To return to our English class above, one obvious use of in-class digital signage to teach Mockingbird is to screen scenes from the Oscar-winning movie. Many of us find it easier to imagine how a scene plays out if we see it rather than just read it.

However, there are other potential uses of digital signage for direct teaching purposes. It can be a platform for presentations. Or it can allow teachers to display core concepts to which the class will directly refer — chemistry equations, physics facts, or mathematical principles. 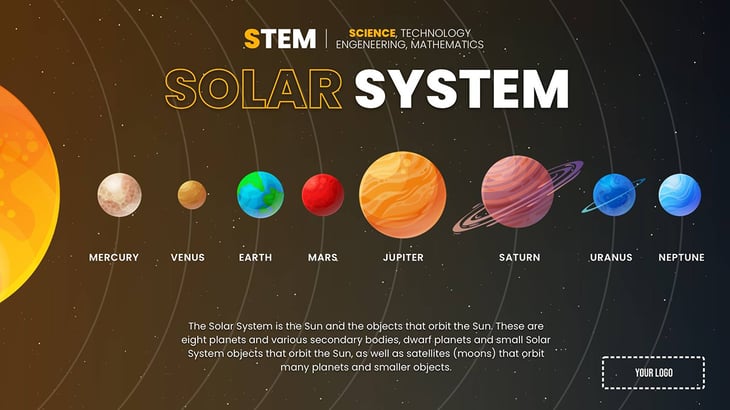 The combination of versatility and control makes digital signage a natural extension of traditional whiteboard teaching that’s exponentially more effective. However, it’s sometimes also prohibitively expensive in terms of time, effort, and skill. Most classroom teachers simply don't have time to learn how to use a sophisticated new tool effectively, particularly if they also have to learn graphic design at the same time. Rise Vision addresses this using a super-simple interface and a large, ever-expanding template library, so users can build content quickly and easily. It’s not unusual for whole schools to handle their digital signage needs in just 15 minutes a day.

Additionally, even when creating new signage is easy, it still adds tasks to an already-full day. That’s why many of our 500+ digital signage templates are auto-updating. The template’s contents can be scheduled independently of the template, freeing teachers and school staff from the onus of making constant changes.

One of the most effective ways to let students experience the full panoply of learning inputs is to use richer media for display and teaching. But an even more effective way is to let them make their own. Students can learn a lot by making signs, presentations, and programming for digital signage.

Students often jump at the chance to have their own content shown in classrooms, hallways, assemblies, or anywhere else their fellow students might see it. They get to learn specific skills like design, editing, and communication, making sure to write a script that will fit into their three-minute slot. And they’re building softer, less quantifiable skills like self-direction, group working, and project management at the same time.

The process has involved more students than simply those who present the morning show.

‘Students take turns,’ Jason continues. ‘They have very elaborate commercials and announcements that they put together that get the entire student body involved. We also have a couple of graphic design labs where they'll bring and design logos for the different clubs and groups… we have a media lab where they get to learn about newspapers and magazines and online broadcasts and things like that. So students are coming together and collaborating, and this can be taken as a class or also joined as a club.’

Allan Horton, of Garland Independent School District in Garland, Texas, says their school does something similar. ‘I would say students do 90% of all of our morning announcements,’ he says. ‘They write the script, and they're on the air, and they'll have guest faculty and things involved in it. And there are, of course, faculty members there to oversee to make sure things don't go awry.’

Digital signage can help students learn in the classroom by matching their learning styles and capturing their attention. It’s more engaging than a traditional whiteboard and better at generating long-term recall and conversation. It’s also more adaptable to the content of individual lessons, capable of supporting the curriculum with audio and video, radio announcements and scenes from movies, animated tutorials, and math equations without skipping a beat. When students start working on the content themselves, there’s even greater scope for integrated, personal learning.

Read The Next Post:
15 Ways To Make Students Feel Encouraged

What Is Digital Signage and What Can It Do for You? 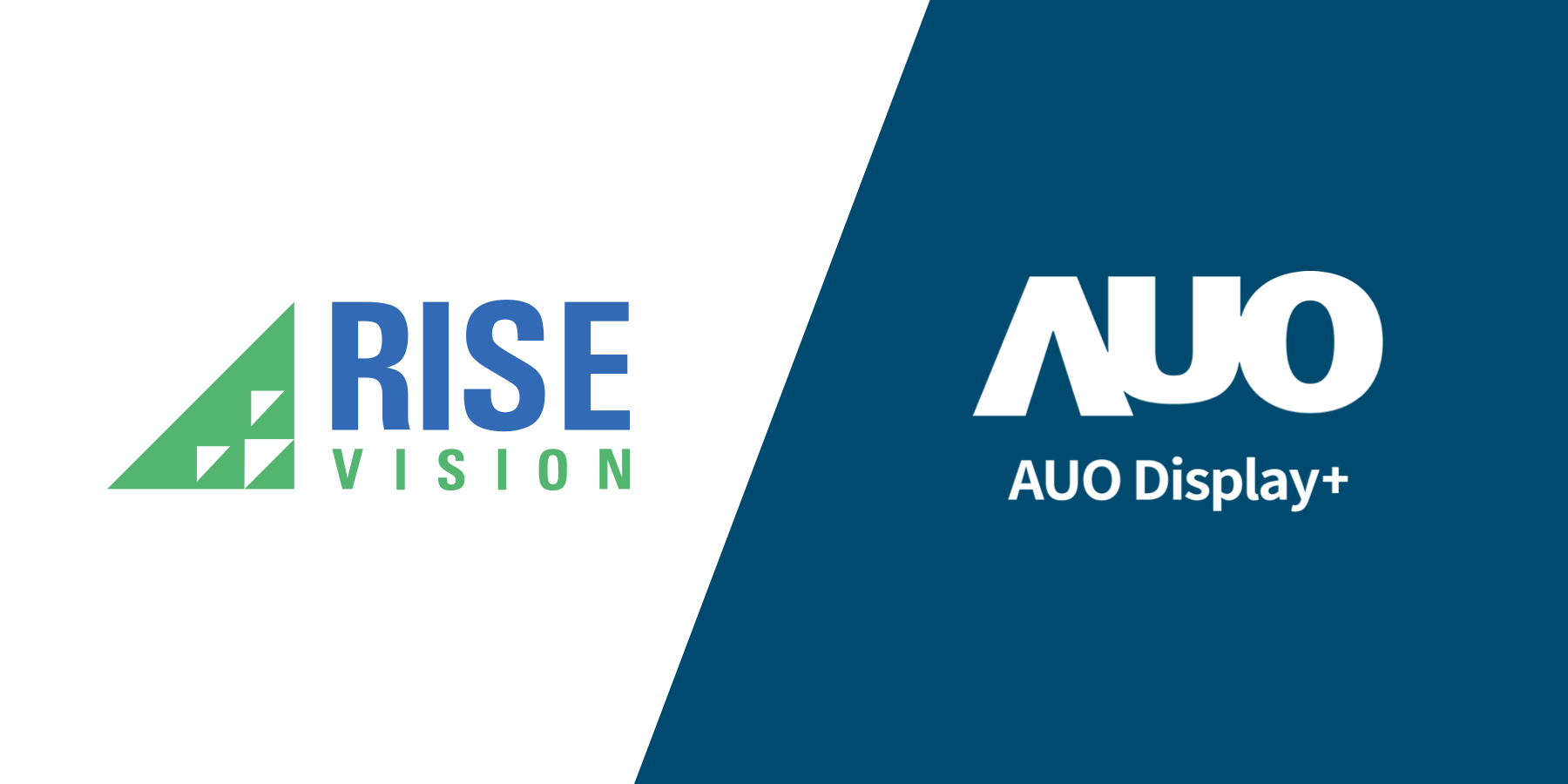 Rise Vision Is Joining the AUO Display Plus Family