Metro East Web Academy (MEWA) is an online public charter school approved by the Oregon Department of Education that currently serves 500 students. MEWA is designed for students who find that a traditional classroom setting does not meet their needs, such as homeschooled and homebound students.

While most of its classes are online, students do attend some classes and club meetings at MEWA’s campus, and prospective students and their parents also visit to check out the school’s offerings. The lobby and the parent and student waiting room each have their own LCD screen, displaying different types of news in various sections. Since students are usually studying offsite, the screens give them a way to stay in touch with the MEWA community, while also offering useful information about class location and transportation schedules.

“In one section of the screen, we’ll show the school calendar – all the events happening that day, and which rooms they’re in,” explains Kennedy. “The center of the screen might show images from student projects. We’ll also include a live update on local train departure times, and we’ll pull in our Pinterest and Facebook feeds as well.” 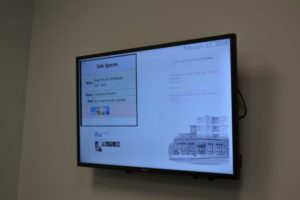 The two screens were originally connected to notebook computers running Windows 7 and using Rise Vision, the open-source digital signage software to manage on-screen content. “We purchased the notebooks for students to use and we had extras, so I tested using them to run the screens,” Kennedy says. “But they didn’t have the processing power to run video, which is something we very much wanted to do.”

Kennedy, who has to manage the signage technology on his own in addition to his other teaching and administrative responsibilities, also says that the setup of the notebook PCs wasn’t all that easy. “I had to do a lot of little things to make the notebooks work properly, like downloading third-party software to hide the mouse on the screen display,” Kennedy says. “I also had to turn off the automatic Windows updates so viewers wouldn’t see this process on-screen. Sometimes background apps would not run properly, and people would see these messages on-screen as well.”

Kennedy reached out to Rise Vision to see if they had recommendations for a hardware device that could smoothly display video and required less maintenance – and Rise Vision suggested Google Chromeboxes.

Kennedy easily installed two Chromeboxes to replace the Dell netbooks. “They were very simple to set up compared to Windows machines, which can take hours,” Kennedy said. “With Chromeboxes, you don’t even know when updates are happening, since it’s all automatic.” 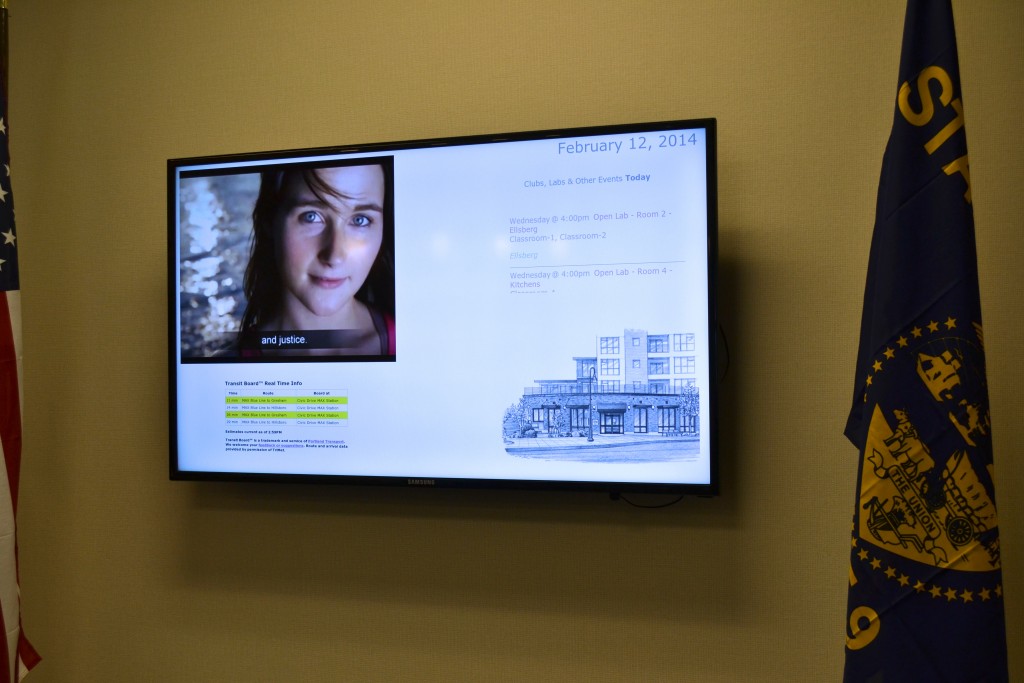 Video is now a commonplace feature on MEWA’s lobby screens, thanks to the fast processing speed of the Chromeboxes and the ease of content creation with Rise Vision. “It’s fun for our students, because they can send me their own videos and I can add them to the screen and showcase what they’ve accomplished,” Kennedy says. “One of our students is a surfer, and she gives us videos from her travels.”

Kennedy likes being able to make it easy for teachers and staff to create content for the screens. As long as they have access to Google Slides, they can easily create content to be displayed on the screens. “They’ll surprise me with what they’ve added – and the best thing is that I don’t have to get involved,” Kennedy says. “We’re also thinking about ways to give students access to the displays, so that they can start creating their own content.”

Engaging video displays are getting more attention than the old displays without video, Kennedy says. “Everyone notices the videos – kids, parents, and our education partners,” he says. “It’s really changed the atmosphere in our public waiting areas.”