Cornwall-Lebanon School District, in Pennsylvania, has 4,800 students spread across a high school, middle school, and four elementary schools. The school district began making the move to Rise Vision as they grew frustrated with having to walk around the district to keep the content on USB sticks plugged into digital signs up to date. Jason Murray the Technology Coordinator, Scott Boyer the Systems Coordinator, and many end users now use Rise Vision across all six schools and 19 displays to improve communication and recognize students and staff. 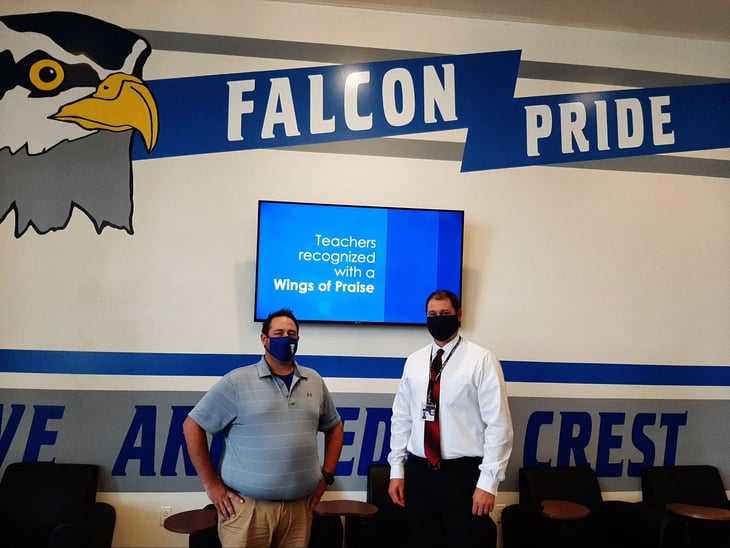 Initially, the school saw the need for some form of signage that could capture attention better than hand outs and paper posters. As Cornwall-Lebanon’s Technology Coordinator Jason Murray says, “paper handouts and static signs — people just pass straight through them and they don’t read them. Everyone is drawn to screens.”

This led them to explore digital signage in the elementary schools using mounted TVs, PowerPoint, and USB sticks. This process was cumbersome and time-consuming, with a lot to go wrong. It also required a lot of time: someone had to walk around every screen on campus, and someone had to create the images that would be used from scratch using a desktop publishing program. The benefits were clear, but there had to be a smarter way. 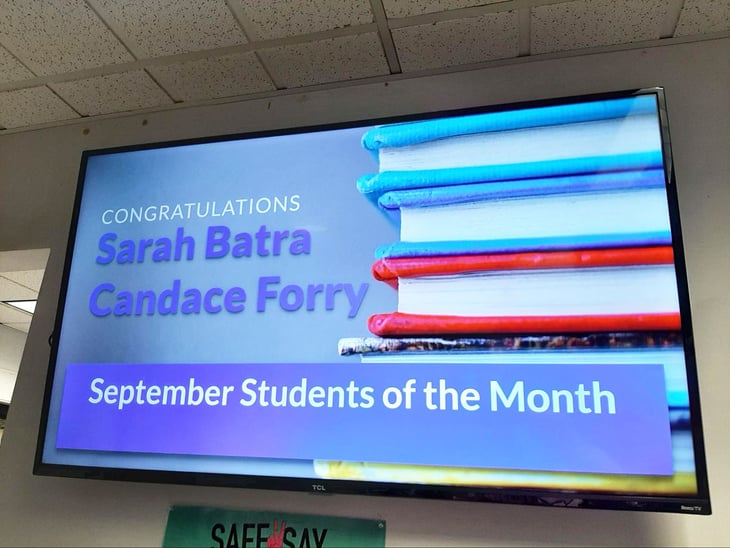 As the network expanded Jason Murray went searching for an affordable, cloud-based solution that would save the school time and help them achieve their communication goals. Jason decided on Rise Vision for the centralized control, vast content options, and scheduling capabilities.

Initially, a small number of Rise Vision players were purchased and used at Cedar Crest Middle School. An ultra-short-throw projector with an eight-foot screen was installed in the lobby of the middle school to display announcements and other important messages. The lobby opens up with the library on one side, the auditorium on the other, and hallways branching out from there. Everyone walks through it daily and so it was the perfect location to get started with Rise Vision. 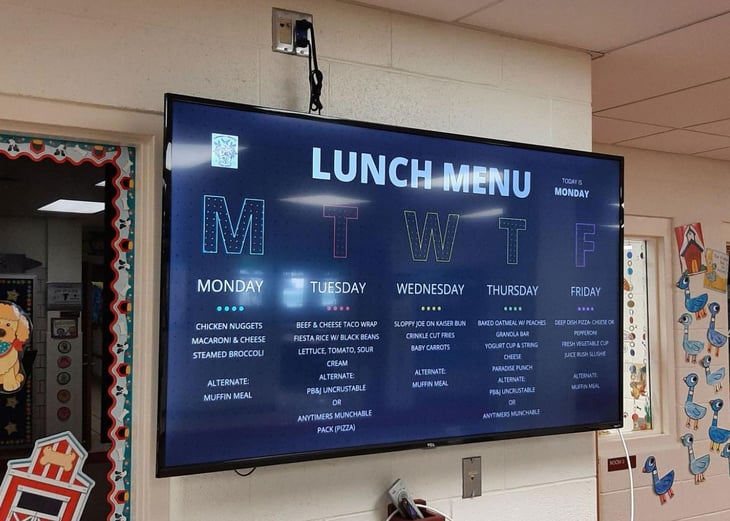 As Cornwall-Lebanon found success with Rise Vision the digital signage began to grow and more people got involved.

At Cedar Crest High School there are now displays in the lobby showing announcements and important updates, there are displays in the office with upcoming events, displays in the guidance counselor's office showing career fairs, college visits, and sign up instructions for job shadowing, and displays in the hallways sharing messages recognizing student achievements, and a live stream of announcements. They have also used Rise Vision alongside their sporting events. There are 2 digital signs outside the gym so when people come in for sports the rosters are right there, they can see the team’s accolades and advertisements for future games.

Cedar Crest Middle School currently uses its Rise Vision displays to provide information based on time of day and location. At the start of the day, the player network shows breakfast menus for the free breakfast. After that, they switch to showing the Instagram and Twitter feeds of Dr. Mariah Rackley, NASSP Digital Principal of the Year, followed by messages recognizing students. 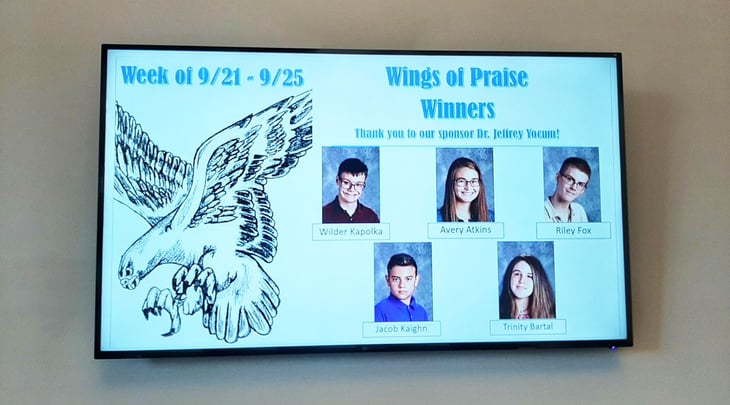 The elementary school uses its 5 Rise Vision displays mostly for announcements, but the Parent Club has also used the displays to advertise different events. Recently they promoted Food Truck Day, an event with various activities outside and food trucks for lunch.

Across the district, the admin assistants, guidance counselors, athletic director, IT, principals, the parent club, and more are all heavily involved in keeping the school up to date via Rise Vision. They keep content targeted to the age group, location, and time, and they use Rise Vision’s templates and integrations to help reduce the burden of keeping content fresh. The strategy of getting everyone involved in school communication has saved IT time and ensured that digital signage is an effective communication channel for the school.

“The best thing about Rise Vision is the ease of use. There are so many templates that make it easy to create content, the templates are quick to edit and they automatically carry the colors and logos to keep content on brand. It’s been very easy to teach.” —Scott Boyer, Systems Coordinator, Cornwall-Lebanon School District 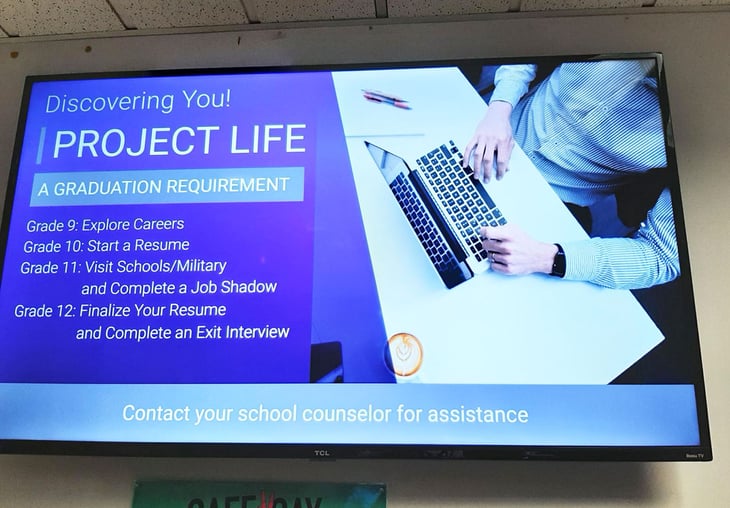 When Jason Murray was asked about the biggest benefit of Rise Vision he said: “It’s definitely about communication and awareness, before someone would say I didn’t know that activity was happening, but now everyone is seeing it on the displays, so there’s more awareness of activities and students doing positive things.”

With Rise Vision, Cornwall-Lebanon is now able to draw attention to important announcements and target their messages to students, parents, and community members. Many students now find events, clubs, and activities they didn’t know they were interested in, and would never have been aware of without the school-wide network of centrally-controlled screens. 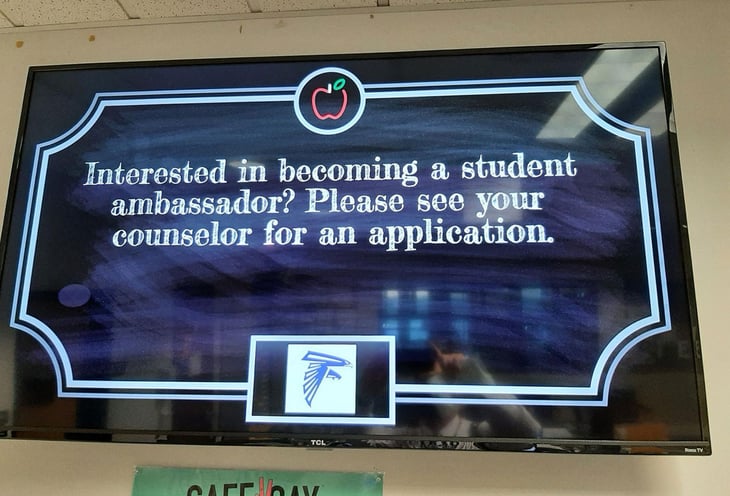 During the pandemic, digital signage was invaluable. Last year the high school and middle school went to a hybrid model. There were students that were all remote, some hybrid, and some always in school so it became a very complex schedule and the signage helped keep everyone informed on what was going on. The digital signage also helped keep students connected during this time. The hybrid students who came in every other day were able to see on the displays what was going on the day prior which helped them stay connected to the school and other students.

“Rise Vision is so flexible, if someone comes to us with a communication problem, we can solve their problem very quickly.” —Jason Murray, Technology Coordinator, Cornwall-Lebanon School District

One of Cedar Crest Middle School and High School’s most ambitious and effective initiatives is Wings of Praise, based on the experience that there’s a ‘lost middle’ in schools. High-achieving students are accustomed to positive attention. And low-achieving students who are often in trouble get additional attention too. The majority of students are at risk of ‘disappearing’ in school, rendered invisible by the fact that they fit in — yet these students are the majority, and often those most responsive to the effects of a little positive feedback.

Wings of Praise delivers that. The ‘wings’ part comes from Cedar Crest’s mascot, the falcon.

If any student or teacher sees a student perform a positive action, however small, they can write it up and take it to the principal. The principal signs off on it and it’s entered into a prize draw. The winner gets a prize, usually a gift certificate, and their photo is taken against the Wings of Praise wall: 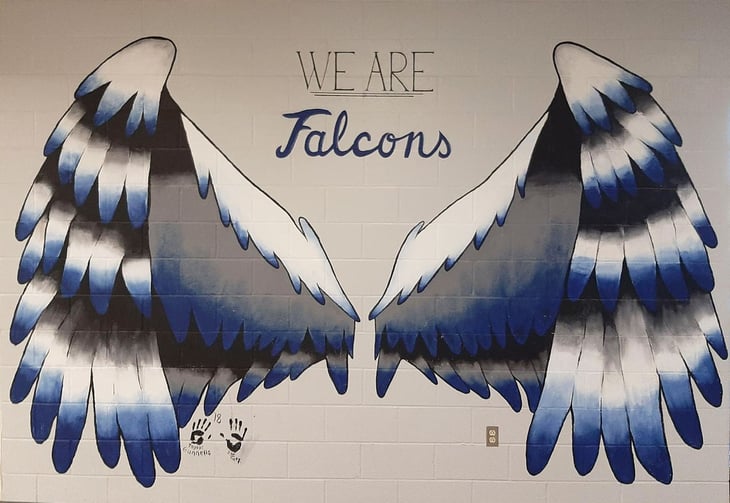 That photo and the record of their positive action are then displayed on Rise Vision-powered signage around the school. The reward is not really the point: it’s the recognition that’s valuable, letting everyone in the school know that the student is leading by example. To see their face on the displays is a great feeling for them and their friends and family as well. 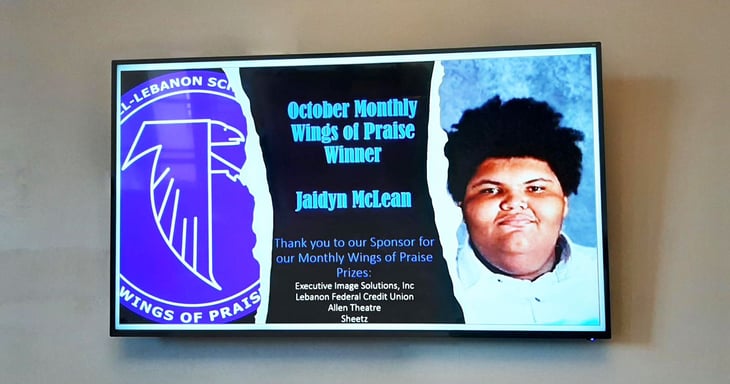 Cornwall-Lebanon has continued to build on their approach to student and teacher recognition, on top of Wings of Praise, they also highlight students doing well in athletics, academics, and arts. And this focus on student recognition has paid off, Jason Murray says: “There’s been a change in culture for us. Students are being recognized for all of the positive things they do and that has changed the whole culture of our student body. It's really improved how everyone is feeling, especially after everything we’ve gone through in the last year and a half.” 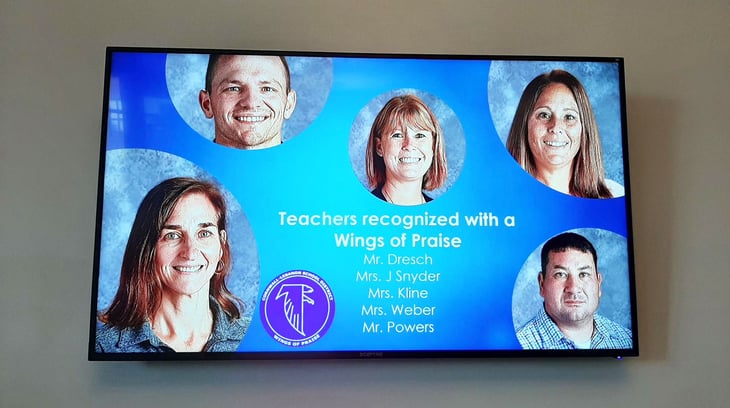 What’s Next For Cornwall-Lebanon?

Cornwall-Lebanon has big plans to expand its use of digital signage, they’ve recently upgraded to the Rise Vision Unlimited License at Cedar Crest High School which enables them to expand to as many displays as they’d like.

With this recent upgrade, Jason and Scott are getting to work! There are a number of aging SMART boards, Promethean displays, and projectors in classrooms throughout the district which Jason and Scott would like to replace. The plan is to upgrade them with multi-use interactive displays, which can be used to show learning materials like presentations and videos during classes, and Rise Vision-powered content when not in use. 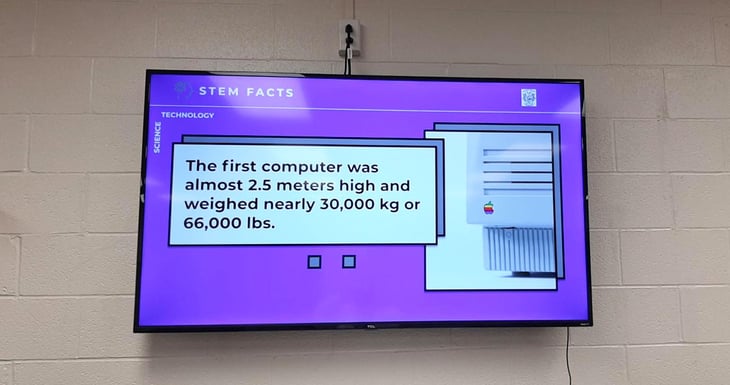 Across the district, more and more people are looking at how they can use digital signage in schools. In one of the elementary schools, there is a full television studio where they produce a morning announcements show. Jason and Scott will soon be broadcasting the morning show to Rise Vision displays via YouTube Live. In the libraries, new displays are being installed for the librarians to post messages, and Jason and Scott have recently set up a display in their office to use as a dashboard to monitor their network and key applications.

The major attraction for Jason and his colleagues is the ease of use, as Jason says: “You’ve definitely done user studies, the way that Rise Vision works it’s intuitive. Once you grasp the concepts you can do anything. And the customer service has been great, whenever I have a question I can reach out and someone will get back to me immediately. It’s really been a great experience.”

It’s this ease of use that makes it simple for school leadership to build out their Rise Vision implementation — and to teach other staff members how to use it, taking the power to create and distribute messaging closer to those who really need to see it. 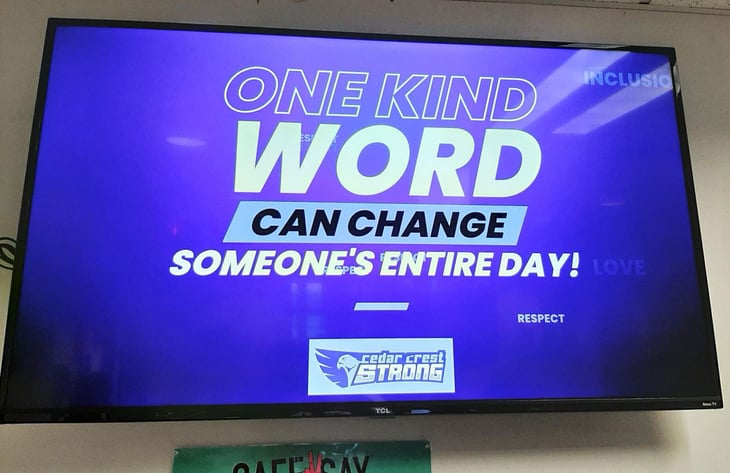 Interested in seeing how other schools have used Rise Vision to inspire students? Here are a few more stories to check out:

The Benefits of Digital Signage for School Principals