This is part three in our series on best practices for Presentations in Digital Signage with Rise Vision.

Use the Golden Ratio – Using the image referenced in this Forum discussion, all the boxes are sub-divided with the Golden Ratio and hence all elements in the Presentation can be made sizes in relation to one another. Very handy for Presentations being built at 1920 x 1080.

For hundreds of years, artists, architects, and designers have enlisted the Golden Ratio to create visually appealing works. In this post, I’ll explain the Golden Ratio, break down the layout for digital signage, and compare to the Rule of Thirds.

What is the Golden Ratio?

It has been long believed that the Golden Ratio is an aesthetically ideal design scheme because it’s a naturally recurring phenomenon. Because of this, there are ardent supporters of its usage as the optimal visual communication layout. While research has yet to definitively prove this, it has been used for hundreds of years in art and design, and is commonly found in the visual arts.

In design, the Golden Rectangle is often used as a template for applying the Golden Ratio. 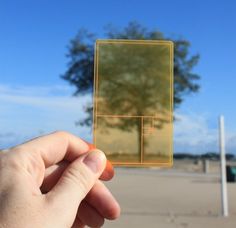 The Golden Ratio is a very common website layout practice. You can see it with a lot of websites where there are two columns, such as this BMW example. 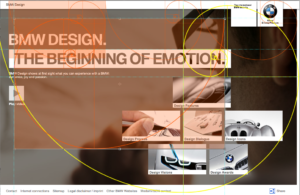 Given digital signage’s capability to deliver several “zones” of information on a screen, the Golden Ratio layout can be applied to communicate in a visually appealing and effective manner when providing several pieces of information. Consider below where the same screen above is broken into three zones.

In this case, the largest zone would be the important information, while the second and third zones will have complementary or alternate information.

The Rule of Thirds 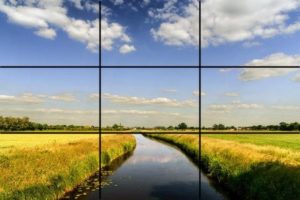 You can see how the edge of the river and land falls on the line,
with trees on lines as well.

This rule is much more apparent in a full screen composition, where the Golden Means can apply to breaking up the screen into zones.

When Do You Use The Golden Ratio or The Rule of Thirds?

A good place to start is determining what is on your screen. If you’re planning to create full-screen, single-image compositions, then the Rule of Thirds may be appropriate because the viewer does not have to work at interpreting several bits of separate information. If you plan to break your screen into several zones of information, consider that the general English-speaking method of reading is left-to-right, top-to-bottom. Applying the Golden Rule for zone size makes much more sense.

Looking for more tips on how to get the most out of your digital signage? Check out these resources below: