Raspberry Pi media players are a great choice for technology-based education programs and those on a restricted budget. Raspberry Pi can be configured into a compact case and offers a wide array of design possibilities.

What is Raspberry Pi?

Raspberry Pi is a small, stripped-down computer that often doesn’t come encased. It was intended to provide a hardware platform for computer enthusiasts, educators, and do-it-yourselfers with a low cost, yet highly expandable base to work from.

Raspberry Pi computers traditionally cost around $25 (US). They are powered by the Raspbian operating system (developed from Debian Linux) which has a no-cost license. However, to build a reliable, fully functional digital signage media player, other hardware components need to be added to an out-of-the-box Raspberry Pi computer.

Raspberry Pi media players provide the lowest introductory costs for any person or organization looking to design a digital signage system. Additionally, there are no limits to the kind of digital signage system you can build - assuming you’re highly skilled at building computers from scratch. 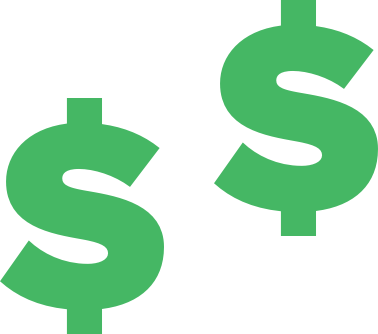 Raspberry Pi comes assembled on a motherboard that is 85mm by 56mm in dimensions (roughly 3.35 inches by 2.20 inches) - which is smaller than an index card! With such a compact size, you’re able to design a very small media player. This can come in very handy for tight spaces and any weight concerns (for example, if you must stow your media player above ceiling tiles).

The support base for Raspberry Pi consists of a large international community. There are tens of thousands of Raspberry Pi enthusiasts tinkering on DIY projects around the clock. Some are making flying drones and others are designing a digital signage system just like you! You can view general Raspberry PI documentation or browse through a Raspberry Pi digital signage forum topic and chances are someone has solved the problem that you might be facing.

“We use Rise Vision to display marketing videos, safety videos, consumer The vividness of the displays and "pop" they have on our tv's is impressive. It is like an ad one might see on tv. This is not a fancy power point. It is on a whole different level.”

What You Will Need To Build A Raspberry Pi Media Player

To build a functional Raspberry Pi digital signage media player you will need to purchase the following components:

Occasionally, you can find all of these components sold together. However, sourcing individual parts will allow you to select high-quality products that will reduce troubleshooting and downtime later on.

For instructions on how to set up your Raspberry Pi media player, please see this page.

How do you get started with Raspberry Pi media player digital signage?

To get started with Rise Vision digital signage software,  you’ll need to first pick a template from our website or from this page and then sign up for a free Rise Vision trial account.

Never worry about content not showing! Our uptime is 97.77% .

“The ease of use is incredible. … This is the most intuitive display signage option I have found. it has added a whole new dimension to our department's outreach to the general public. … The cost in subscription, and time investment is incredibly low for the kind of impact and return it has provided us.”