Black History Month was originally a week-long celebration, coinciding with the birthdays of Frederick Douglass and Abraham Lincoln. In 1976, U.S. President Gerald Ford officially designated it a month-long celebration to “honor the too-often neglected accomplishments of Black Americans in every area of endeavor throughout our history.”

Canada, the United Kingdom, Germany and the Netherlands have also joined the United States in celebrating Black History Month.

Scroll down to read about the Black history heroes we highlighted and their contributions to the world.

Black History Month was created to honor all Black people from all periods of U.S. history. 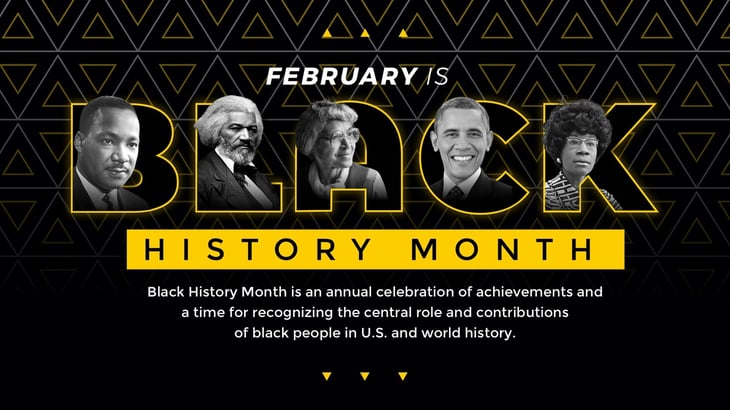 Shirley Chisholm was the first African American woman elected to Congress and the first woman and African American to seek the nomination for president of the United States from one of the two major political parties. During her efforts to claim the presidential nomination, she was blocked from participating in televised primary debates and after taking legal action, was permitted to make just one speech. Nevertheless, she persisted and entered 12 primaries and acquired 10% of the delegates' votes.

She retired from Congress in 1983 and went on to teach and co-found the National Political Congress for Black Women. She was an outspoken advocate for women and minorities during her seven terms in the U.S. House of Representatives.

He is also responsible for creating the technology that allows devices to be plugged into a computer and communicate with each other. 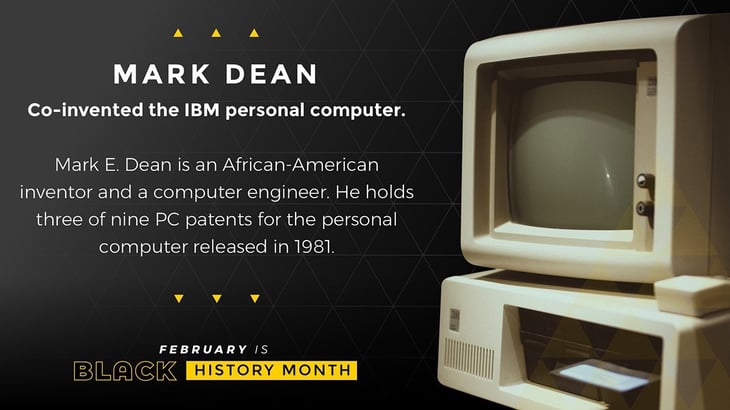 Frederick Douglass escaped slavery in Maryland and became a leader of the abolitionist movement in Massachusetts and New York. He was famous for his antislavery speeches and writing.

He wrote several autobiographies describing his experiences as a slave, which were influential in promoting the cause of abolition.

After the Civil War, he became the first African American nominated for Vice President of the U.S. on the Equal Rights Party ticket. He was a firm believer in the equality of all people.

Malcolm X was a minister and national spokesperson for the Nation of Islam. He dedicated his work toward the betterment of African Americans and all races and ethnicities. He preached about human rights, freedom, action and community building.

In 1964, he left the Nation of Islam and founded the Muslim Mosque, Inc. He was assassinated in 1965 while on stage during an Organization of Afro-American Unity meeting.

His legacy has inspired many others in their fight for social justice and equality. 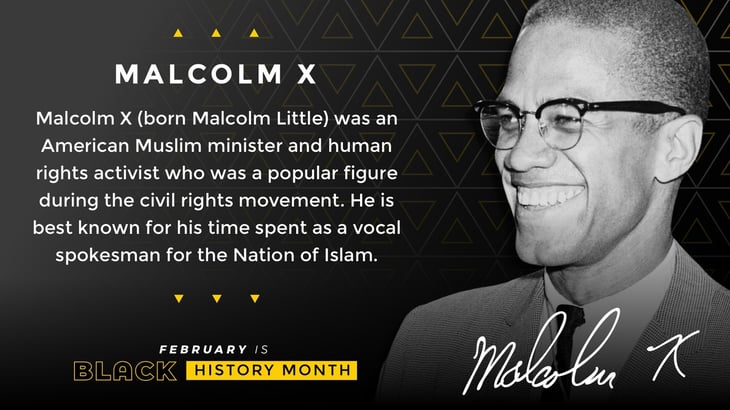 Great for printing, including in newsletters, social media, your website, and digital signage!

Elijah McCoy's parents were former slaves from Kentucky who escaped to Canada on the Underground Railroad, where he was born.

McCoy studied mechanical engineering in Scotland. He had trouble finding skilled work in the U.S. and became a fireman with the Michigan Central Railroad. His duties included oiling steam engine parts. This led him to inventing an automatic lubricator that spread oil evenly over a train's engine while it was still moving and enabled trains to run for long periods of time without stopping.

Martin Luther King, Jr. was the most visible leader of the civiI rights movement. Here is a recording of his famous "I Have A Dream" speech in its entirety. 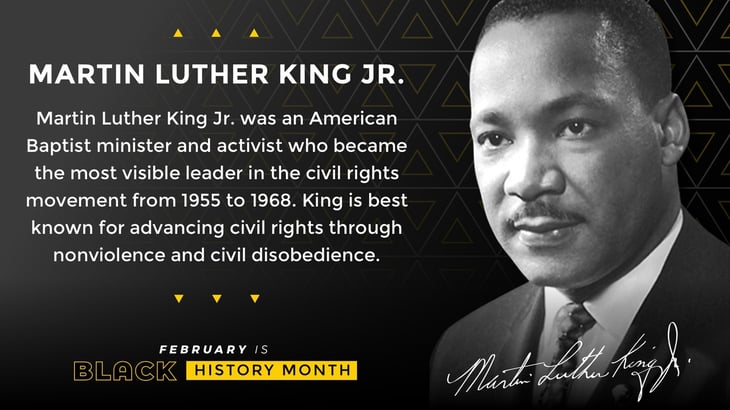 The first traffic signal (a two-position signal) was installed in London in 1868, but Garrett Morgan invented the three-position traffic signal in 1923. By adding a third signal to "stop" and "go", his invention regulated crossing vehicles more safely than earlier signals had. 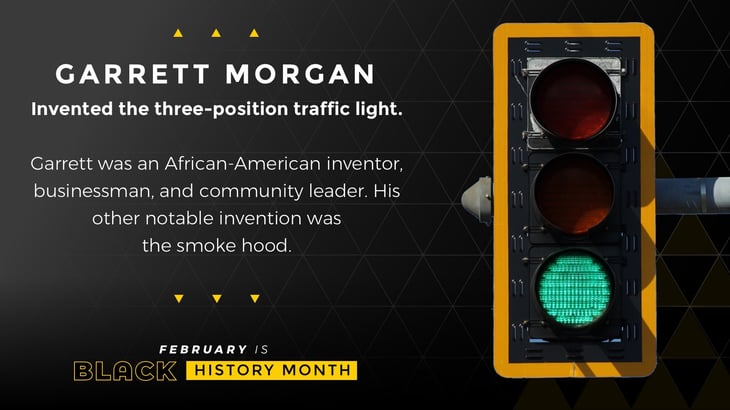 Barack Obama was the first African American president of the United States. Since he left office, he has worked to develop future leaders by creating the Obama Presidential Center in Chicago, which is dedicated to informing and inspiring future leaders, and My Brother's Keeper Alliance, an organization to provide opportunities for boys and young men of color. He also recently published a memoir, A Promised Land, which is expected to be the first of multiple volumes covering his political career.

Rosa Parks helped initiate the civil rights movement in the U.S. when she refused to give up her bus seat to a white man in Montgomery, Alabama in 1955. Her actions inspired the Montgomery Bus Boycott, led by Martin Luther King, Jr., which lasted more than a year. As a result, the U.S. Supreme Court ruled that bus segregation was unconstitutional. 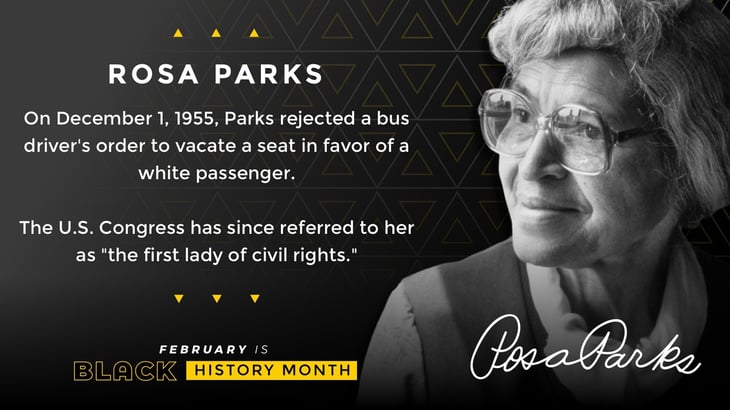 Want poster designs like these all year long? Learn more about how our digital signage software can keep your students engaged, up to date, and in the know.