Is Google for Education Right for Your School?

It was only a few years ago that Google was one thing: a search engine. The idea of it being a computer in the classroom was unheard of--this was Microsoft and Apple’s domain. Flash-forward a few years and Google has gone from being in zero schools to over 50% of all schools in the country. This begs the question: why are so many schools all about Google? And is Google right for your school?

It’s a Browser Not an OS

One of the smartest things Google did was create an operating system that was unlike anything else out there. Gone were all the menus, desktop icons, and complicated settings. Chrome OS is an operating system build around something that the majority of students already know: the Chrome browser. If you know how to use the browser, you know how to use the OS--there’s virtually no learning curve. 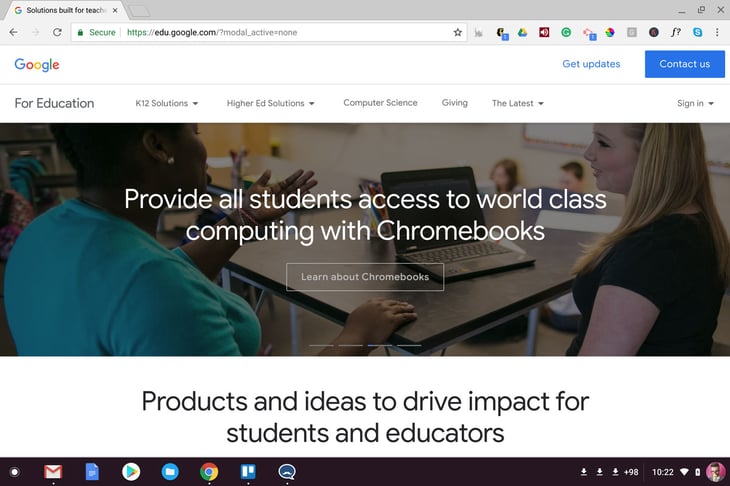 Chromebooks don’t have to be tied to any one student. With Chrome OS, it’s not the hardware that makes it your computer: it’s the login. As soon as a student logs in, all their saved settings are there. That means they can have a different computer every day.

Welcome to the Cloud

While Microsoft and Apple now offer a suite of word processing tools in the cloud, Google pioneered it. Google Docs has been around for over ten years. When it comes to collaboration and editing, no one comes close to the quality that Google delivers. Gone are the days of students searching for a USB drive--everything is synced and can be taken to any device.

In 2014, Google made one of the most convincing reasons for schools to go full Google: Google Classroom. The easy-to-use and setup cloud-based platform is similar to the tools you see on Google Drive. That means if you understand Google Docs, Sheets, etc, then Classroom will feel natural. Google Classroom lets teachers create a virtual classroom where they can create assignments, post grades, add schedules, and communicate with students. Teachers can also archive the classroom at the end of the year. 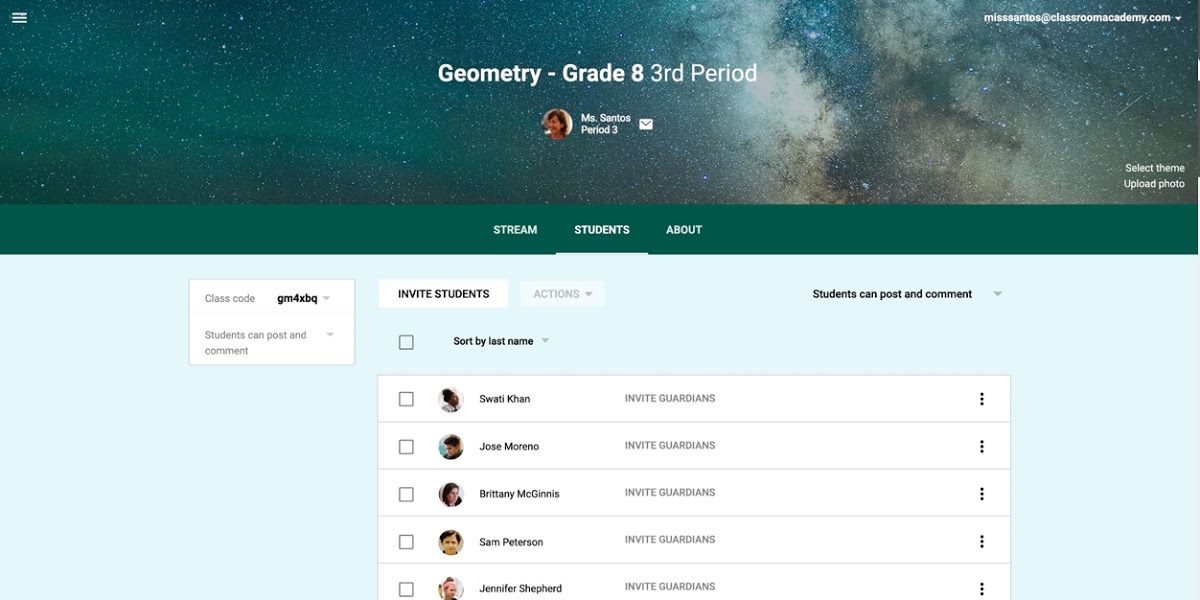 There are no hidden cost with Chrome for education. You pay a $25 to $30 for each Chromebook managed under a G Suite for Education domain, and you pay the cost of the laptop--Chromebooks start at just $149. This cost gets students access to G Suite for education, which has every tool a student will need built into the cloud.

What About Apple and Microsoft?

Google may control the majority of classrooms right now, but that does not mean you should overlook the two other biggest companies in this space: Apple and Microsoft.

Apple’s push into education was re-launched in 2017 when they announced a $299 iPad for schools and a new Classroom app. Apple is the leader in creativity. There’s no denying the quality of apps and the engagement students have with them. While productivity software like Keynote and Pages is included, it does not have the same level of tools that you see on both Chrome and Microsoft products. The biggest challenge for schools and IT administrators, in particular, is their device management and implementation still leaves a lot to be desired. 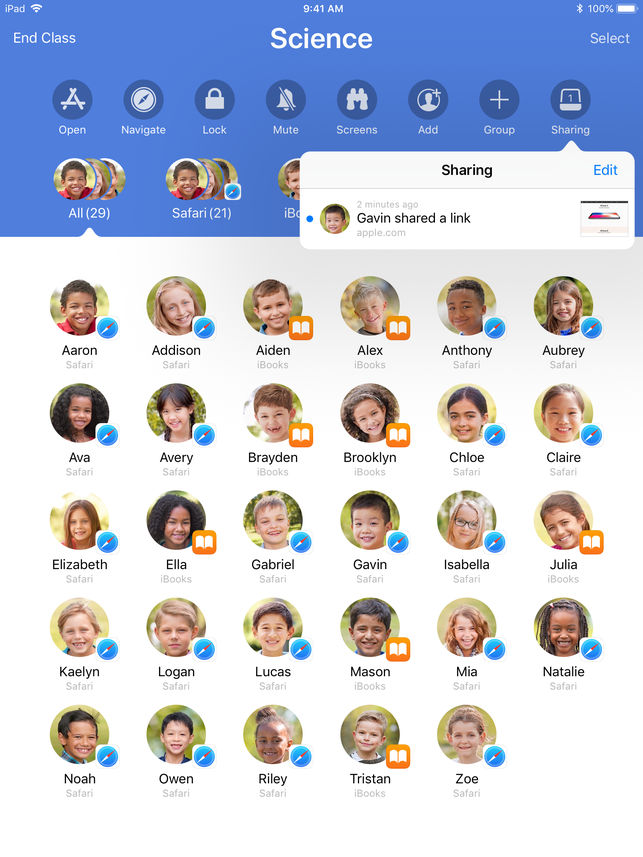 Microsoft has come a long way in the classroom, and now offers laptops more competitively priced next to Chromebooks. They’re never been known for their hardware, however. Their biggest draw has always been Microsoft Office. Schools know that Office will continue to be one of the single most important tool students need to know in the workforce. 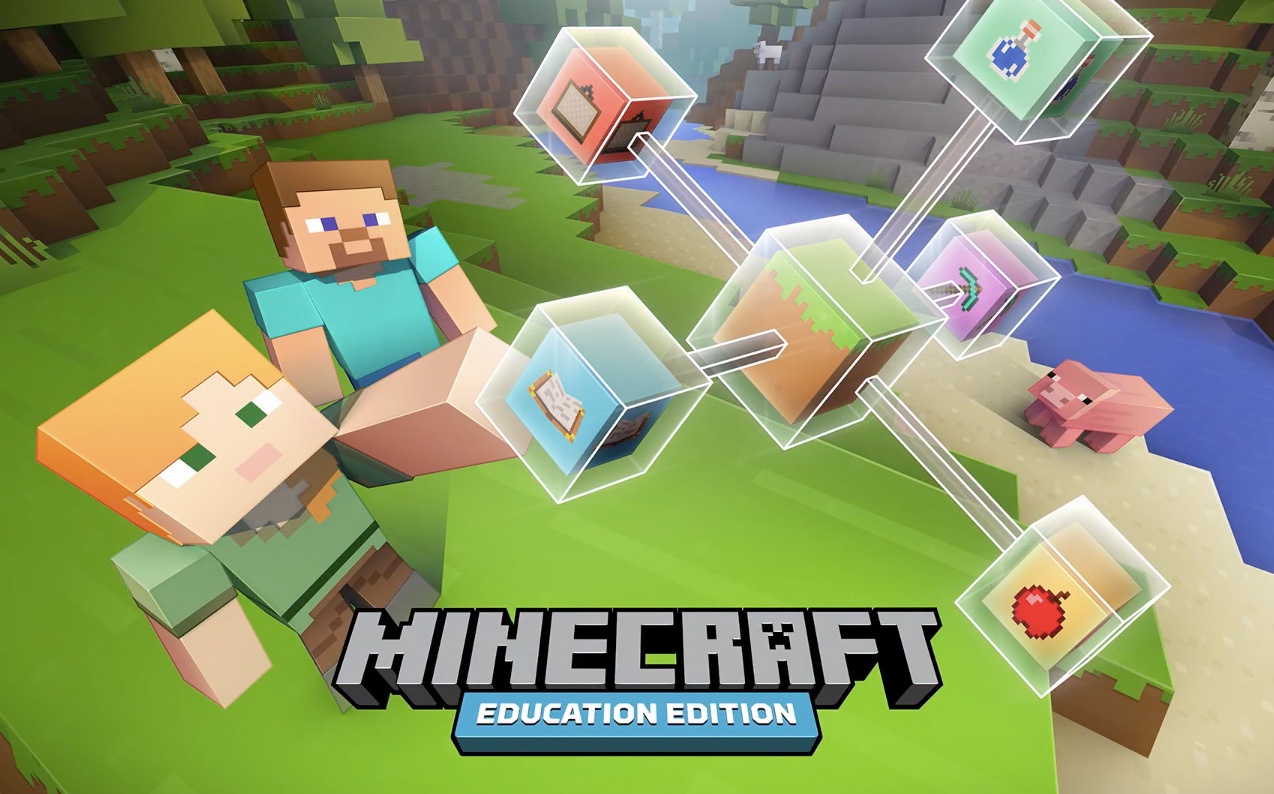 Even Microsoft knows, however, that Google Apps are gaining ground in the business world, and they’ve made huge plays to stay relevant and innovating. Their purchase of Minecraft and the way they implemented it into education helped show this. If you believe that mixed-reality is the future of learning, then their investment in Hololens also makes them an attractive player in the education space. The biggest complaint from those who use Microsoft for education is it doesn’t always work the way you want.

If you decide to implement Google across your campus, then it makes sense to implement the solution everywhere; this includes your digital signage. Thousands of schools use Rise Player for Chrome OS for this purpose. If you’re interested in setting up a free account, click the button below.